The number of employment tribunals shot up by 10 per cent last year – and the average time for a tribunal increased by 14 per cent to 10 months, according to our analysis of the latest Ministry of Justice statistics.

The rises illustrate a major risk faced by growing companies when expanding their workforce and engaging new people.

In its commentary, the Ministry of Justice warned: “This rise in employment tribunal receipts is likely to continue as the economy has faced a severe shock following the impact of COVID-19 and could be further accelerated when the furlough scheme ends.”

Further analysis of last year’s figures shows just 8 per cent of cases were successful at tribunal while 24 per cent were settled out of court, 23 per cent withdrawn by the claimant and 28 per cent dismissed or struck out.

Ian Anfield, managing director of Hudson Contract, said: “In our experience, the average cost of defending a claim would be £5,000 in direct legal fees. The statistics indicate that in the last year, when the majority of cases were either kicked out or failed, businesses were forced to spend tens of millions of pounds going to court. Millions more will have gone on settling claims purely because the legal expense of defending them far outweighed paying them off.

“Even though the vast majority of claims failed or were withdrawn, all will have caused disruption and stress to the businesses defending them, especially during a pandemic and in the midst of dealing with new VAT and immigration laws, labour shortages and material price hikes. There should be no barriers to justice but we wonder whether it is time to reconsider a modest fee for lodging a claim to reduce speculative claims and abuse of the system by unscrupulous advisors.” 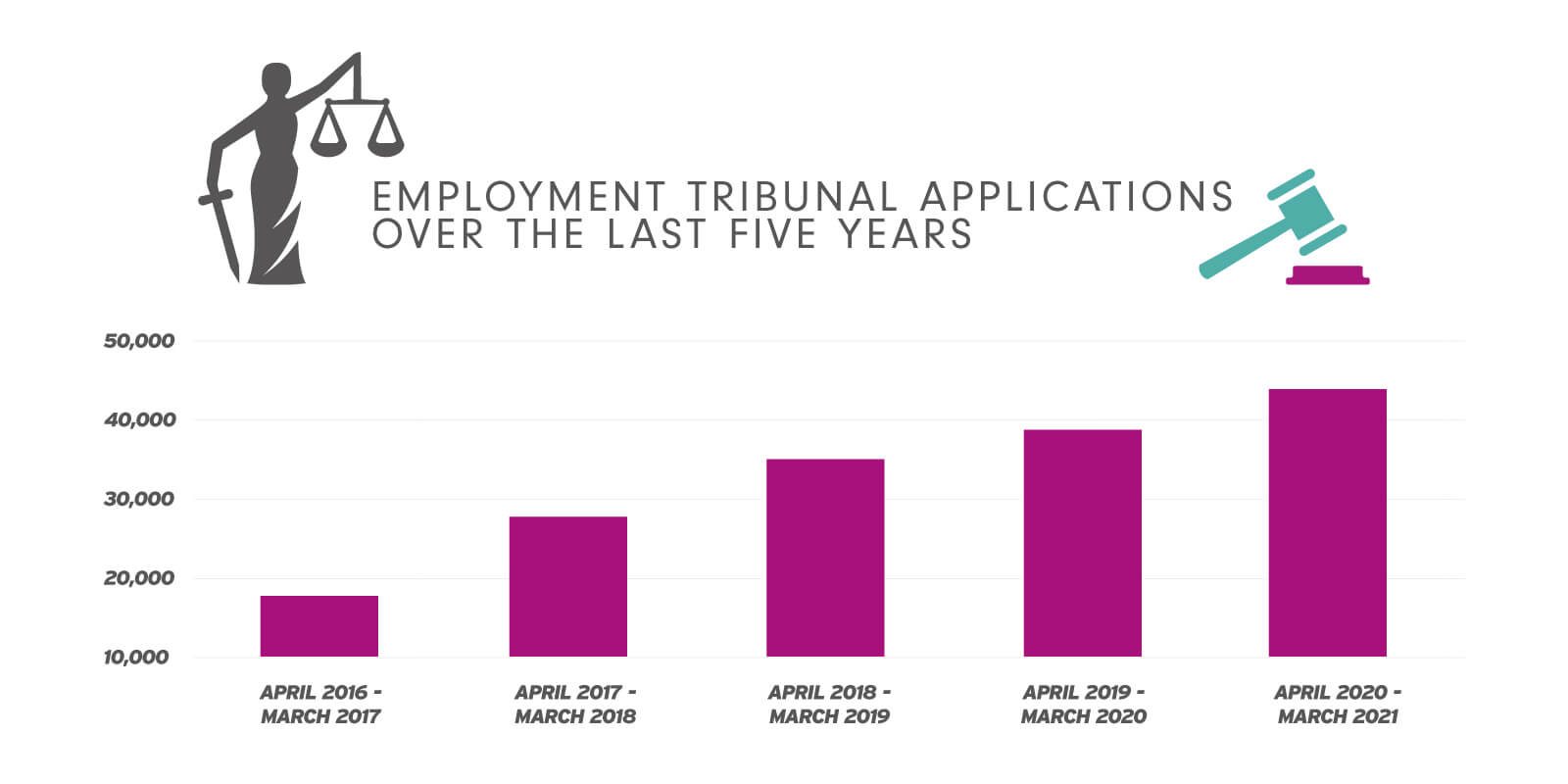 In 2013, the government introduced fees for bringing claims to employment tribunal but the Supreme Court ruled them unlawful in 2017 because the government had made procedural errors in the way the fees were introduced. Claims have since risen nearly threefold from 17,005 to 43,705.

Hudson Contract protects clients against the financial risks of employment tribunal through its water-tight guarantee. This means if anyone brings a claim against a client to tribunal, Hudson steps in and takes over the case and all of its liabilities. To date, we have successfully defended more than 100 complaints without a single instance of employment status reclassification.

Hudson Contract compiled quarterly statistics released by the Ministry of Justice to produce its analysis. The latest release can be found here.