If you’re a Hudson Contract client, you’ve probably spoken to Betty Charles.  She’s a key member of our administration team and helps make sure everything runs smoothly.

Betty has other talents, too . . . and we are delighted to report that she is now one of the favourites to win the Big Family Cooking Showdown, watched by millions and hailed as the BBC’s successful replacement for the Great British Bakeoff. 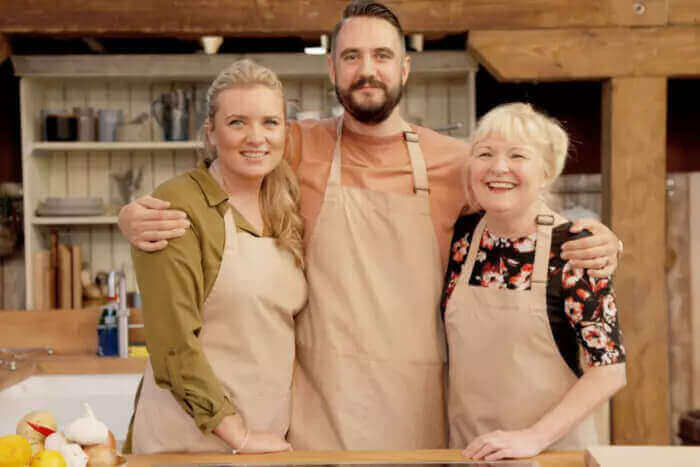 Betty, along with her husband, Dan and her mother, were crowned the show’s first winners and are now through to the semi-finals, which will be screened next month. Her team triumphed in a head-to-head contest of three cooking challenges against the clock.

Hudson Contract Managing Director Ian Anfield joked:  “Everyone here is hoping for a dinner invitation from Betty, now!  We wish Team Charles every success in the semi-final.”

If you’re quick, you can still watch Betty’s TV appearance on BBC iPlayer.  The semi-final will be screened on Thursday 12th October.  Or follow Betty – and take a look at her delicious food –  on Twitter:  @MrsBettyCharles