Hudson Contract’s compliance manager, Dan Davies, has had an active summer, taking part in the  ‘Man Versus Lakes’ challenge – an adventure that begins with competitors crossing the quicksands of Morecambe Bay, before embarking on a marathon-distance running route that embraces hills and forests and necessitates swimming and kayaking before you reach the finish line at Lake Coniston.

“Considering that my experience of running began two years ago with the Couch to 5K program, I’m delighted with the achievement,” Dan says.  “Especially as it was for a great cause.”

“Hannah and Craig have set up their own website and Facebook group called Team Jenson, which is geared towards helping to fund research in to the condition,” Dan continues.  “Members of Team Jenson have so far taken part in skydives, the English Half Marathon, the Great North Run, the Yorkshire 3 Peaks Challenge, and the London Marathon, to name but a few.  It’s all great fun, and together Craig and Hannah with the help of Team Jenson have raised over £60,000.

“We completed the Lakes challenge in just over seven hours, and it was a great experience!” 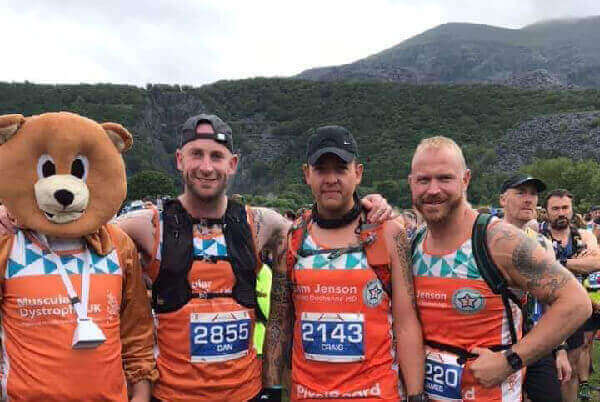 Jenson’s dad Craig Edwards in Bear Costume, next to Dan Davies, Craig Hughes and James Beck, against the backdrop of Mount Snowdon, after the Snowdon Trail Half Marathon the week before. 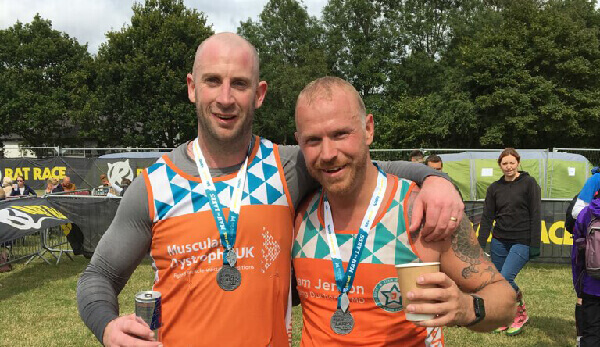 “We did it!” Dan and James celebrate after completing the Lakes Challenge in seven hours!