Labour rates increased by 3.5 per cent during July to bring average weekly earnings for self-employed tradespeople to £953, according to the construction industry’s biggest payroll.

Year-on-year, freelance earnings increased by 5.4 per cent which was more than double the 2.5% set by the unions on constructions CIJC for the same period covering employed construction workers. The CIJC has set 5% for employees for the next twelve months, it will be interesting to see if demand remains and the self-employed continue to command more.

Bricklayers saw the biggest growth in earnings, rising by 9.3 per cent to £927. Significantly, civil engineers were also in demand, as suggested by a 4.8 per cent rise in earnings to £894.

Ian Anfield, managing director of Hudson Contract, said: “For recession watchers, it is a good sign that groundworkers are busy because all the other trades follow on. 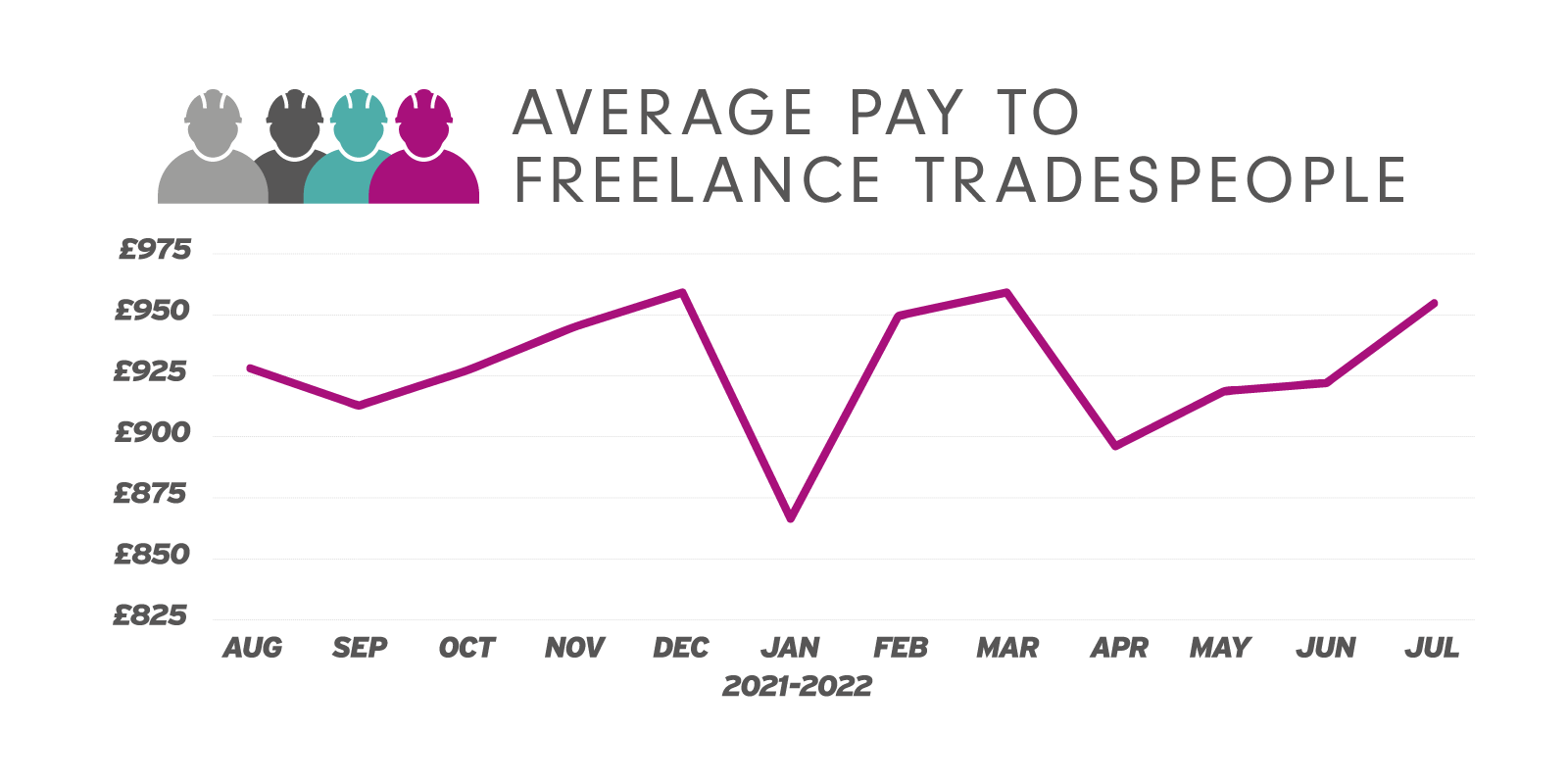 “Government could help construction firms at the stroke of a pen by reinstating the red diesel rebate. Civil engineering and plant hire firms continue to be the hardest hit since its scrapping. The precise impact will become clearer over the coming months.”

Earnings reached a record high in the East of England last month and were up across every region in England and Wales excluding the East Midlands.

Hudson Contract is the UK’s largest provider of tax status and employment contract services to the construction industry with annual revenues approaching £1.8 billion and a client base of 2,500 construction SMEs.

We deliver the most accurate indication of subcontractor pay trends across the construction industry, publishing the average pay for a spectrum of 17 different trades split across 10 regions in England and Wales. We also supply statistics to the Bank of England to keep policymakers updated with what’s happening on building sites.