Self-employed tradespeople are commanding record rates for their skilled services. That’s according to our payroll – the biggest in the UK construction industry. 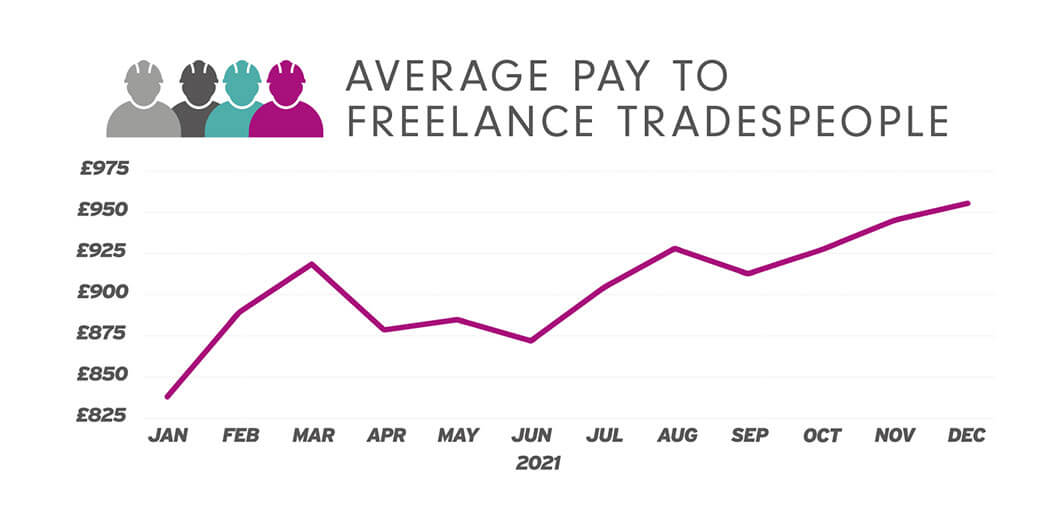 Ian Anfield, managing director of Hudson Contract, said: “We capped off 2021 with all-time highs in subbie earnings with the best-performing regions being more than 10 per cent up on December 2020.”

He added: “As we have seen year after year, we usually see earnings fall back in January because people work fewer hours. This is because colder temperatures make the wet trades more difficult – though this year seems mild by comparison – and we have the added complication of Covid and materials shortages slowing things down instead.

“From February on we would expect a steady rise in earnings to reach December levels by April. Before Christmas people were doing more hours and commanding the highest rates that self-employed trades have ever been able to charge but with all the other factors it is difficult to predict what 2022 holds.”

December was a particularly good month for steel and time frame contractors, who enjoyed record earnings at £1,035 per week.

Hudson Contract delivers the most accurate indication of subcontractor pay trends across the construction industry, publishing the average pay for a spectrum of 17 different trades split across 10 regions in England and Wales. We regularly supply statistics to the Bank of England to keep policymakers updated with real-time insights on demand for skilled labour.

Hudson Contract’s ‘Window on the Construction Industry’ gives you hard figures and data that is not available from any other source, with pay averages that reflect the amounts paid by a sample number of businesses – large and small – to specific trades during 2021.
Share this page: