Brexit this . . . Brexit that . . .  Britain’s continued failure to leave the EU – along with the mounting speculation that when (and if) we leave a no-deal scenario is more likely than ever – means the overall pace of growth in the construction industry has gone into reverse.

But how have subbies’ earnings been affected over the past year of uncertainty?

The news isn’t as bad as you might think, if you go by headlines alone.  In fact, our unique pay trends data reveals self-employed builders have had a year-on-year increase of 2.5% on average, and significantly more in certain parts of the country.

Hudson Contract Managing Director Ian Anfield says:  “Brexit has been blamed for yet another year of stop-start uncertainty in the construction industry, and the weather hasn’t been entirely helpful, but thanks to good summer earnings, the labour-only subbie sector remains buoyant.”

How has your region fared?  And which trades have been most in demand?  Take a look and find out! 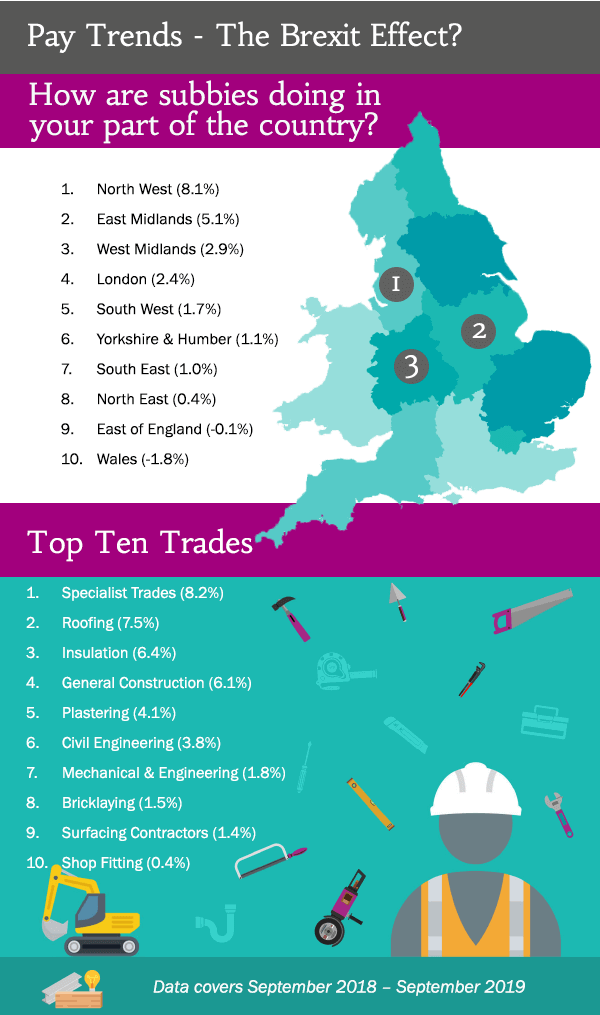