Our procedures and documents were challenged. Compliance was eventually confirmed and with HMRC’s complete acceptance, but it didn’t exactly happen overnight.

The challenge began in July 1997 when a stout and experienced looking official from the Inland Revenue came by appointment to interview us about the way in which we ran Hudson Contract. It struck me she could have appeared straight out of a Beryl Cook drawing as she arrived with her large bag and colourful gait.

The inspection was undertaken in the hut down the garden, a brick and tile outbuilding which we’d adapted as our start-up office. I must concede that with “Blue” a border collie tethered to my desk and “Hudson” our retriever asleep in the doorway, we must have seemed a touch “rural” in her eyes and not a typical “employer” of around 150 operatives. Suffice to say that 150 subbies deducted under CIS was a big enough number to have caught the attention of the Inland Revenue as it was called back then. “Are these subbies really your employees?” The tax inspector asked, accusingly.

My reply in the negative was met with a stern look of suspicion. A two-hour study of our documents and a few cursory notes made in a small pocket book followed. “I’ll consider what you do and how you do it before giving my decision on whether these people are your employees,” she declared in the moment of her departure. Hudson the retriever didn’t stir from his slumbers but Blue the collie would have rounded the inspector to the gate had I slipped his lead. 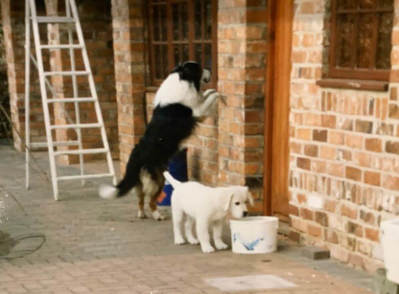 We heard nothing further until February the following year, 1998. Lesson number one it seemed to us, the Revenue likes to play the long game, leaving you to sweat your position. The inspector issued a “determination” that all 150 subbies (grown by then to 272) were our employees. She had decided we were an agency or employment business supplying labour. This despite our explanation on interview that we never recruited or press-ganged anyone into signing to Hudson Contract. Did she think everyone came to the garden hut to fill out a contract from an advert in the paper?

In the letter she threatened fines and retrospective employer’s National Insurance contributions calculated back to May 1996, if we didn’t put all operatives on PAYE within three weeks. A bit of a heavy hand from Beryl who we thought wouldn’t know the difference between a carpenter from a wood butcher.

We protested of course. By letter, by phone, and through our accountants, but to no avail! She sat firm and was determined that we should comply. Which we did of course and at the end of the three weeks’ grace we were so kindly given.

What happened in the following three weeks saw our band of 272 subbies become just 60 as the vast majority left saying “if there’s no CIS deduction for us, we’re not staying with you Mr Hudson”. Six weeks after the determination, we were down to 30 subbies with about six clients.

“Can you fight back and win?” asked scaffolding boss Glyn Simpson and fellow roofing boss Nigel Casson. I mustered a confident response, “I’ve got to overturn this ruling, it’s just rubbish, and what’s more, our accountants also think the decision is garbage.” So they took me at my word and vowed to stick with us. 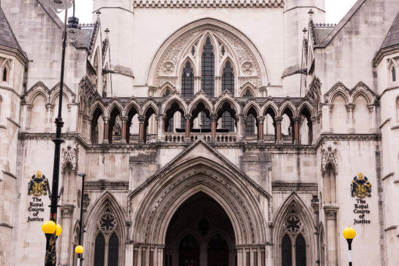 That was probably in May of 1998 and from that time, it took over eight years to win three separate cases against HMRC before finally, on January 31 2007, we were assured of Revenue acceptance of the Hudson Contract business model, without further challenge. We were a fully compliant business from day one as we continue to be to this day. But justification came at a price as we discovered;

The original inspector made her assumptions based on just two pages of notes in a pocket book. She simply failed to do her job properly and acted without adherence to Inland Revenue written procedures. We came to know this with certainty since Bradders and I dug out and read operational manuals from the Inland Revenue website. (Bradders is David Bradley, still our operations director to this day.)

Consequently, we were asked in 2002 after the first case victory to meet two new officers to receive a formal apology from the Revenue. This was delivered at our accountants’ offices with an undertaking to “restore the company to its position of profitability for the period it was subject to an incorrect determination and up to date”.

We duly put forward calculations claiming the half million-pound gross profit Hudson was denied, before commencing conversations of justification and negotiation. Four years later, and only after adjudication, did we receive a modest £20,000.

Despite my lugging a cricket bag full of 32 files of evidence, the Revenue completely ignored and failed to address the stress we endured in disputing the inspector's determination. Not to mention the bank borrowings we signed up for to fund our legal position with a top tax barrister.

That said, we did eventually get some of our costs repaid and the employers NICs were refunded, which we paid back to the clients who stood by us. Glyn, Nigel and me had a bloody good drink in Scarborough that evening I can tell you!

We were confident enough of our position after the second of our legal arguments in 2005 to begin offering the business as a CIS contract and tax status service again, first in the North of England and eventually, UK-wide.

In the second of our three legal cases, the judge Justice Avery-Jones stated in his written findings of fact that our contracts and procedures were “lawful, proper and ethical.”

Whilst there have been challenges since, which we have met of course, we remain fully compliant with tax law, employment law, contract law and the working time directive. To be able to state this position this took nigh-on nine years, three legal tax cases and a dozen or so tribunal judgements along the way.

Easy to say it now, as others who copy us often do, but the hard graft and legal standing was bought and paid for fifteen years ago. Here’s to the next fifteen years!