Calling someone self-employed doesn’t mean they actually ARE self-employed, as the likes of Pimlico Plumbers and plenty more construction firms have discovered to their cost when ex-subbies took them to an employment tribunal – and won their cases.

Meanwhile, the government’s decision to scrap employment tribunal fees has had a predictable outcome:  the number of individual claims is now soaring.

Could your firm end up at the sharp end of an employment tribunal hearing?  With around ten thousand new claims being raised every three months – and construction workers being specifically targeted by unions and no-win-no-fee lawyers – it’s something you’re wise to consider.

Even though many of the claims aren’t worth the paper they’re written on, dealing with them can be stressful.  So it’s small wonder that many firms end up by offering money to settle – often thousands of pounds – just to get the lawyers off their backs.  While those who fight a  claim but lose due to a flaw in the self-employment contract or workplace circumstances run the risk of serious financial damage.

At Hudson Contract, we’re involved with a growing number of claims on behalf of our clients.

No matter how groundless they are, they take up time, money and resource.  But for us, it’s only an occupational hazard.  As much a part of our service as processing your payroll.  We see off most attempted claims quickly when those who are hoping for easy money realise that going back on their word and trying to claim employment rights is never going to happen when Hudson Contract are involved.

We have formally responded to over 100 employment tribunal claims made against us.  None have been successful.

Remember, the Hudson Contract Guarantee means that if anyone wants to take you to tribunal, we take over the case – and all the stress – and meet all the financial costs of lawyers etc.  And should we ever lose, we’ll pick up the bill.

No company can prevent someone taking you to tribunal, and anyone who tells you different is talking rubbish. We can’t stop these claims being raised but we can protect you from the financial consequences.

How does Hudson Contract help?

We do more than help.  We take over any claim you receive.  It’s all part of our more-than-just-a-payroll service.  We take on all the work and stress for you.  If you are taken to court, we build your case, instruct the lawyers and pay them, and if you lose, we pay the awarded sum too.  You don’t ever have to worry about a claim devastating your business.

We’ve dealt with over one hundred formal employment tribunal cases, most of which were dropped by the claimants after they heard what our lawyers had to say.  On the rare occasion when a claim has gone the distance, we’ve been on the winning side every single time.

Read about our latest victory here

They can.  But most of the time, they don’t.  They often stall, and when a case continues towards a tribunal hearing, their clients can discover they’re on their own. When you consider employment tribunals often cost at least £6,000 just in legal fees and before any award, it’s an expensive position to be left in.

What is the Hudson Contract guarantee?

It means we never leave you in the lurch to struggle with the costs and stress of an employment tribunal claim.  We fight your corner throughout the entire process and make sure you and your business won’t suffer as a result.  No client of Hudson Contract client has ever had to find money to fight or settle an employment tribunal case.

What our customers say 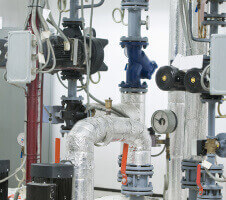 I would be grateful if you would pass on my thanks and appreciation to your admin team. Anytime I have a query and I contact the payroll team, they are always very helpful and very efficient and I can’t fault them 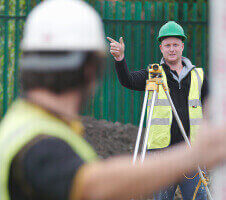 In over 40 years of of working in construction, your team has stood out as amongst the best I have encountered, and it is only right that I pass on my thanks and best wishes for you all for the future. 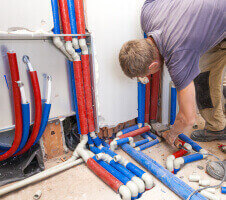 We are a plumbing contractor and our company has been using Hudson Contract Services since 2007 and since that time it feels like a large weight has lifted from our shoulders, that being the full weight of the inland revenue. We could not recommend them highly enough, and any company in the contracting business would be foolish not to use you.